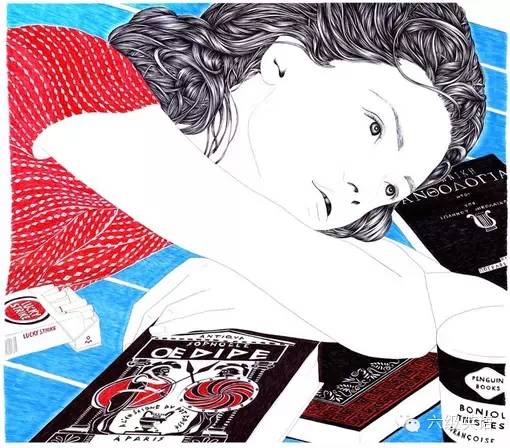 Directions: In this part, you will have 15 minutes to go over the passage quickly and answer the questions on Answer Sheet 1. ´

Y (for YES)if the statement agrees with the information given in the passage; ´

N (for NO)if the statement contradicts the information given in the passage; ´

NG (for NOT GIVEN)if the information is not given in the passage. ´

For questions 510, complete the sentences with the information given in the passage. ´

More than 2,300 universities in over 100 countries have introduced Chinese courses to their curricula, and young overseas China each year to learn Chinese. In 2004, the number of international students in China was 400,000, with an annual increase of 20 percent in the past five years, according to the Chinese Ministry of Education. ´

The Rise of China’s Economy Monsieur Label and his wife, both respected architects living in Paris’ Sixth Quarter, have enrolled their daughter in a nearby school where Chinese classes start at kindergarten. Monsieur Label says of China: “I and my colleagues witnessed the country’s amazing development when we attended a recent seminar in Shenzhen. I believe that China is the economic superpower of the future. My wife and I speak French, English and Spanish, but my daughter should also learn Chinese because it will be useful to her when she grows up.” ´

Since Chinese courses were added to the curricula of 132 French junior and senior high schools their enrollment has doubled. That at the Oriental Language and Culture College, one of France’s largest Chineseteaching colleges, has skyrocketed in recent years, according to Xu Dan, dean of the Chinese Department. She confirms that Chinese and Japanese are now the two most studied Asian languages. ´

French junior student Beida is totally fluent in Chinese. “I’m learning Chinese because I want to be an international lawyer in China,” he explains.´

Young French entrepreneur Patric Penia established his Beiyan Consultancy Company in Paris, and it now works together with China Central introducing French traditions and culture to Chinese audiences. Patric also cooperated with Beijing’s University of Finance and Economics and Central University of Finance and Economics in launching a three-week crash course in Chinese in Beijing. In 2005, he initiated the “Chinese people and business management” training course in Paris, which consists of seminars to help French businessmen understand how Chinese business operates. ´

Germany has also caught on to the benefits of Chinese language learning, and has added Chinese to its high school graduation exams. Many international corporations also hold introductory Chinese courses for employee’s assigned work in China. “English isn’t enough,” says Herr Gerck, president of Siemens China, “We need to equip our staff with the ability to deal with Chinese merchants in their own language.”´

In Britain, a Chinese teaching program that will form part of the national curriculum has been formulated and approved by the Department of Education and Skills. In the U.S., Chinese is part of the Advance Placement Program for American high school students. This means that students can take college-level Chinese in the same way as they learn French, Spanish and German and gain credits if they get good test results. More than 2,500 primary and high schools now offer AP courses in the Chinese language.´

Chinese characters, along with the Confucian philosophy, have always had profound influence on Han cultural circles in Asia, and after a brief hiatus, Chinese language teaching is in demand once more in the ROK, Singapore, Japan and Vietnam.´

“Singaporeans rushed to learn English in the 1970s, when it was believed to be the most useful language for the future. Now, in the 21st century, a lack of Chinese-speaking skills is seen as a disadvantage,” says one Singaporean student, who recently graduated from Beijing University with a BA in international relations.

The German ambassador to the ROK once told vice minister of Education Zhang Xinsheng: “Nowadays, high school teachers of German and French must also learn Chinese if they want to keep their jobs.”´

In the ROK, a high HSK (Hanyu Shuiping Kaoshi—the Chinese Language Proficiency Test taken by nonnative speakers) acts as a springboard for jobs and promotions in large corporations. The number of colleges offering Chinese language courses in the ROK at present stands at 347, compared to 20 in the 1980s. By the year 2007, Chinese courses will be taught in primary and high schools, according to the ROK minister of Education. In the course of China’s economic boom over the past two decades, a large number of Koreans have immigrated to China. Many now have their own businesses, which would have been impossible without a formal grounding in Chinese.

In Thailand, Chinese has eclipsed Japanese to become the second most common second language. “Public interest has moved from Japanese to Chinese,” the Japanese Sankei Shimbun recently reported, “the number of people learning Chinese in Thailand now is tenfold that of ten years ago.”´

Indonesian President Suharto’s resignation in 1998 provided the opportunity for a closer relationship between the two nations and for the Indonesian Chinese population to learn Chinese language as well as Chinese traditions. In the belief that “Chinese children should learn Chinese” Indonesian Chinese residents sent their children to schools offering Chinese courses so that they might understand Chinese cultural traditions as well as speak the language. Enrollment at such schools soon skyrocketed, and parents often queued up all night in order to be secure admission for their children. ´

“People around the world are rushing to learn Chinese. This interest can be attributed to China’s economic opportunities and its telling effect on the future” so stated the article China—Embracing the World published in the May issue of The Hindu. ´

In view of the international demand for Chinese language learning, the Chinese government plans to set up 100 Confucius Institutes around the world. The Confucius Institute is a nonprofit organization whose aim is to promote the Chinese language and culture overseas through Internet or on-campus non-degree courses. The first institute was established in Seoul, ROK in November 2004. Since then branches have been set up in many other countries, including the U.S., Sweden, France and Uzbekistan.´

Great hopes have been laid on Chengo (Chinese and English on the Go), an E-language learning system based on pinyin rather than Chinese characters developed by 12 experts from China and the U.S., as a means to help children learn Chinese. This software captures children’s attention with stories, games and animations based on the 2008 Olympics. ´

In order to ensure that there are sufficient teachers to meet the current demand, the Chinese government has set up training centers where overseas teachers of Chinese can attend lectures. It has also launched overseas training courses. ´

In addition to dispatching Chinese teachers abroad to teach Chinese, the government has also sent over 1,000 professionally qualified volunteers to countries in Asia, Europe, America and Africa.´

Since Chinese became so popular in the international community, the number of foreign students applying to take the Chinese Language Proficiency Test (HSK) has surged from 21,000 in 1996 to 100,000 in 2004. It is now possible to take the HSK exam, known to candidates as the “Chinese TOEFL”, at 151 local universities or colleges in 34 countries. ´

The Paris-based Chinese newspaper European Times, which has the highest circulation among Chinese-language newspapers in Europe, released a comment early this year entitled “Develop as Rapidly as the Chinese Economy Booms” that analyzed why so many people are rushing to learn Chinese and study in China. Its conclusions were that China’s increasing economic competitiveness and the brilliant future career it offers is a powerful lure to mastering Chinese. But it also pointed out that learning Chinese is the key to Chinese cultural traditions. After all, what point is there in learning a foreign language if you can’t use it to express knowledge of the culture from which it sprang!´

1. This article mainly discusses about the popularity of Chinese in western countries. ´

2. Monsieur Label and his wife send their children to learn Chinese because they hope that their children can learn as many foreign languages as possible.´

3. Many German international corporations hold introductory Chinese courses for employees assigned work in China because they want their staff become interested in China.´

4. In Thailand, the most popular second language nowadays is Chinese.´

5. Singaporeans believe that a lack of ______ -speaking skills is a disadvantage in the 21st century.´

6. After the resignation of Indonesian President in 1998, Indonesian Chinese residents sent their children to school offering ______ in the belief that “Chinese children should learn Chinese”.´

7. China’s economic opportunities and its ______ on the future contributes to people’s interest in learning Chinese.´

8. The Confucius Institutes aim at promoting the Chinese language and culture overseas through Internet or ______ courses.´

9. An E-language learning system called Chengo is hopeful to help children learn Chinese for this software captures ______ with stories, games and animations based on the 2008 Olympics.´