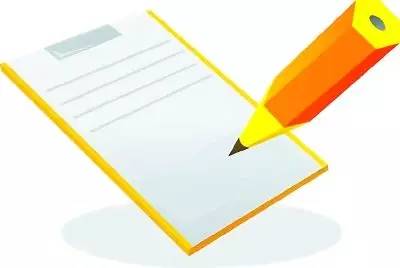 Directions: In this section, there is a passage with ten blanks. You are required to select one word for each blank from a list of choices given in a word bank following the passage. Read the passage through carefully before making your choices. Each choice in the bank is identified by a letter. Please mark the corresponding letter for each item on Answer Sheet 2 with a single line through the centre. You may not use any of the words in the bank more than once.

Questions 47 to 56 are based on the following passage.

While elderly people 47 to sleep for fewer hours than they did when they were younger, this has a(n) 48 effect on their brain’s performance and they would benefit from getting more, according to research.

Sean Drummond, a psychiatrist (心理医生) at the University of California, San Diego, said that older people are more likely to suffer from broken sleep, while younger people are better at sleeping 49 straight through the night.

More sleep in old age, however, is 50 with better health, and most older people would feel better and more 51 if they slept for longer periods, he said.

“The ability to sleep in one chunk (整块时间) overnight goes down as we age but the amount of sleep we need to 52 well does not change,” Dr Drummond told the American Association for the Advancement of Science conference in San Diego.

“It’s 53 a myth that older people need less sleep. The more healthy an older adult is, the more they sleep like they did when they were 54 . Our data suggests that older adults would benefit from 55 to get as much sleep as they did in their 30s. That’s 56 from person to person, but the amount of sleep we had at 35 is probably the same amount as we need at 75.”

Directions: There are 2 passages in this section. Each passage is followed by some questions or unfinished statements. For each of them there are four choices marked [A], [B], [C] and [D]. You should decide on the best choice and mark the corresponding letter on Answer Sheet 2 with a single line through the centre.

Questions 57 to 61 are based on the following passage.

Several recent studies have found that being randomly (随机地) assigned to a roommate of another race can lead to increased tolerance but also to a greater likelihood (可能性) of conflict.

Recent reports found that lodging with a student of a different race may decrease prejudice and compel students to engage in more ethnically diverse friendships.

An Ohio State University study also found that black students living with a white roommate saw higher academic success throughout their college careers. Researchers believe this may be caused by social pressure.

In a New York Times article, Sam Boakye—the only black student on his freshman year floor—said that“if you’re surrounded by whites, you have something to prove.”

According to two recent studies, randomly assigned roommates of different races are more likely to experience conflicts so strained that one roommate will move out.

An Indiana University study found that interracial roommates were three times as likely as two white roommates to no longer live together by the end of the semester.

Grace Kao, a professor at Penn said she was not surprised by the findings. “This may be the first time that some of these students have interacted, and lived, with someone of a different race,” she said.

At Penn, students are not asked to indicate race when applying for housing.

“One of the great things about freshman housing is that, with some exceptions, the process throws you together randomly,” said Undergraduate Assembly chairman Alec Webley. “This is the definition of integration.”

“I’ve experienced roommate conflicts between interracial students that have both broken down stereotypes and reinforced stereotypes,” said one Penn resident advisor(RA). The RA of two years added that while some conflicts“provided more multicultural acceptance and melding (融合),” there were also “jarring cultural confrontations.”

The RA said that these conflicts have also occurred among roommates of the same race.

Kao said she cautions against forming any generalizations based on any one of the studies, noting that more background characteristics of the students need to be studied and explained.

57. What can we learn from some recent studies?

[A] Conflicts between students of different races are unavoidable.

[B] Students of different races are prejudiced against each other.

58. What does Sam Boakye’s remark mean?

[A] White students tend to look down upon their black peers.

[B] Black students can compete with their white peers academically.

[D] Being surrounded by white peers motivates a black student to work harder to succeed.

59. What does the Indiana University study show?

[A] Interracial roommates are more likely to fall out.

[B] Few white students like sharing a room with a black peer.

[C] Roommates of different races just don’t get along.

[D] Assigning students’ lodging randomly is not a good policy.

60. What does Alec Webley consider to be the “definition of integration”?

[A] Students of different races are required to share a room.

[B] Interracial lodging is arranged by the school for freshmen.

[C] Lodging is assigned to students of different races without exception.

[D] The school randomly assigns roommates without regard to race.

61. What does Grace Kao say about interracial lodging?

[A] It is unscientific to make generalizations about it without further study.

[B] Schools should be cautious when making decisions about student lodging.

[C] Students’ racial background should be considered before lodging is assigned.

[D] Experienced resident advisors should be assigned to handle the problems.

Questions 62 to 66 are based on the following passage.

Global warming is causing more than 300,000 deaths and about $125 billion in economic losses each year, according to a report by the Global Humanitarian Forum, an organization led by Kofi Annan, the former United Nations secretary general.

The report, to be released Friday, analyzed data and existing studies of health, disaster, population and economic trends. It found that human-influenced climate change was raising the global death rates from illnesses including malnutrition(营养不良) and heat-related health problems.

But even before its release, the report drew criticism from some experts on climate and risk, who questioned its methods and conclusions.

Along with the deaths, the report said that the lives of 325 million people, primarily in poor countries, were being seriously affected by climate change. It projected that the number would double by 2030.

Roger Pielke Jr., a political scientist at the University of Colorado, Boulder, who studies disaster trends, said the Forum’s report was“a methodological embarrassment” because there was no way to distinguish deaths or economic losses related to human-driven global warming amid the much larger losses resulting from the growth in populations and economic development in vulnerable (易受伤害的) regions. Dr. Pielke said that “climate change is an important problem requiring our utmost attention.” But the report, he said, “will harm the cause for action on both climate change an disasters because it is so deeply flawed (有瑕疵的).”

However, Soren Andreasen, a social scientist at Dalberg Global Development Partners who supervised the writing of the report, defended it, saying that it was clear that the numbers were rough estimates. He said the report was aimed at world leaders, who will meet in Copenhagen in December to negotiate a new international climate treaty.

In a press release describing the report, Mr. Annan stressed the need for the negotiations to focus on increasing the flow of money from rich to poor regions to help reduce their vulnerability to climate hazards while still curbing the emissions of the heat-trapping gases. More than 90% of the human and economic losses from climate change are occurring in poor countries, according to the report.

62. What is the finding of the Global Humanitarian Forum?

[A] Global temperatures affect the rate of economic development.

[B] Rates of death from illnesses have risen due to global warming.

[D] Economic trends have to do with population and natural disasters.

63. What do we learn about the Forum’s report from the passage?

[A] It was challenged by some climate and risk experts. [C] It was warmly received by environmentalists.

[B] It aroused a lot of interest in the scientific circles. [D] It caused a big stir in developing countries.

64. What does Dr. Pielke say about the Forum’s report?

[A] Its statistics look embarrassing. [C] It deserves our closest attention.

[B] It is invalid in terms of methodology. [D] Its conclusion is purposely exaggerated.

65. What is Soren Andreasen’s view of the report?

[A] Its conclusions are based on carefully collected data.

[B] It is vulnerable to criticism if the statistics are closely examined.

[C] It will give rise to heated discussions at the Copenhagen conference.

[D] Its rough estimates are meant to draw the attention of world leaders.

66. What does Kofi Annan say should be the focus of the Copenhagen conference?

[A] How rich and poor regions can share responsibility in curbing global warming.

[B] How human and economic losses from climate change can be reduced.

[C] How emissions of heat-trapping gases can be reduced on a global scale.

58. D. Being surrounded by white peers motivates a black student to work harder to succeed.

59. A. Interracial roommates are more likely to fall out.

60. D. The school randomly assigns roommates without regard to race.

61. A. It is unscientific to make generalizations about it without further study.

62. B. Rates of death from illnesses have risen due to global warming.

63. A. It was challenged by some climate and risk experts. 64. B. It is invalid in terms of methodology.

65. D. Its rough estimates are meant to draw the attention of world leaders. 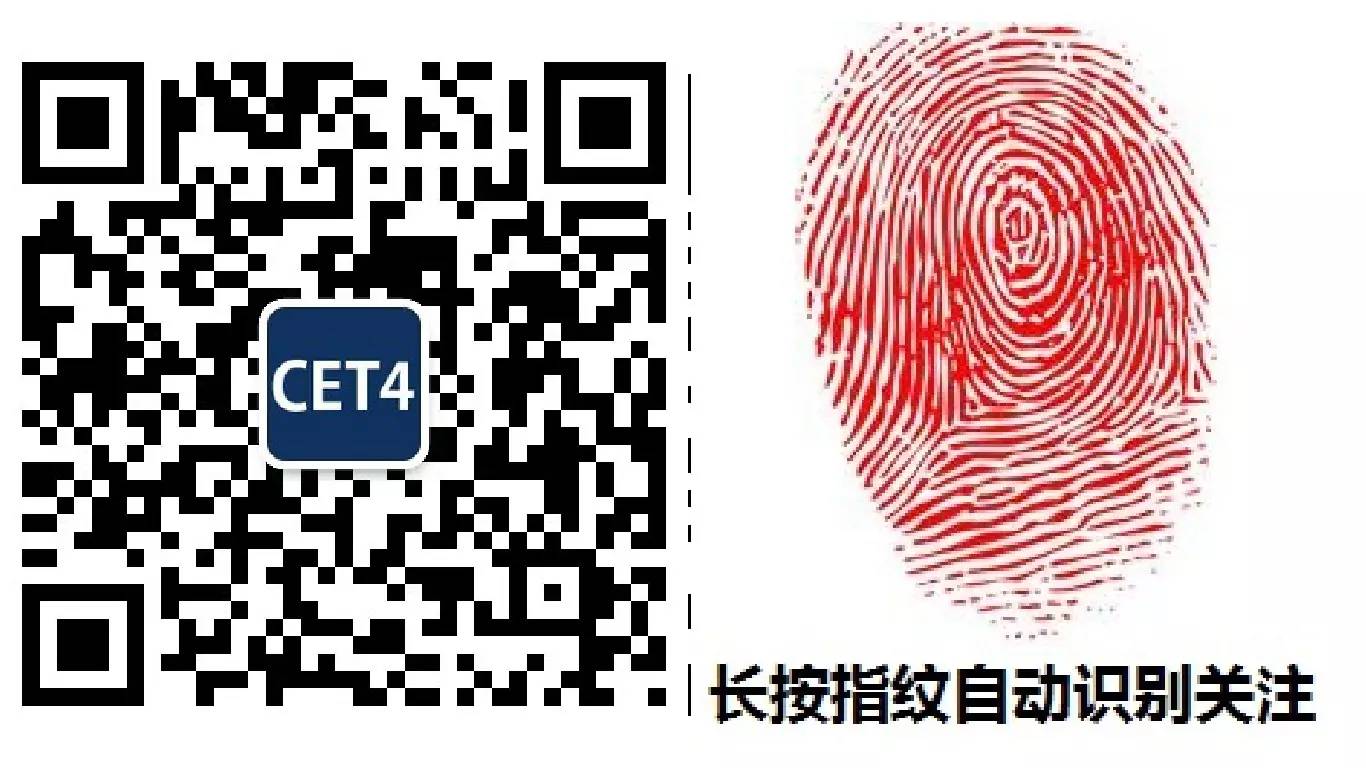